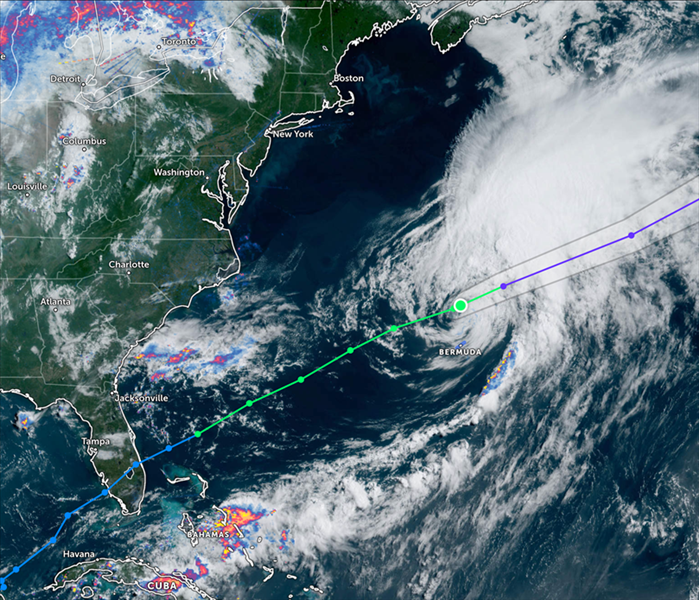 SERVPRO of Newport & Bristol County is prepared in the event of a major storm this hurricane season. Call us 24/7 when water damages your property.

After making landfall and soaking the southern counties of Florida, the first named storm in the 2022 Hurricane Season formed. It drenched southern Florida with record-breaking rains. As Tropical Storm Alex moves out into the Atlantic, it is no longer a threat to further damage on land. The National Oceanic & Atmospheric Administration revised their forecast for hurricane activity for this season to include more active storms than they had previously predicted. According to the Colorado State University scientist, there will be 20 named hurricanes, 10 hurricanes and 5 hurricanes that reach category 3 strength.

SERVPRO of Newport & Bristol Counties can help in case of a major hurricane in New England, or elsewhere in the United States. We know how many people and how much equipment is needed to restore property after a hurricane. When called upon to manage a restoration team, we have years of experience which can be extremely valuable when attempting to restore property on a large scale.

Property owners should make flooding repairs and damage their top priority during major hurricanes and rain events. While many are concerned about the impact of winds and downed trees on their homes, flooding can cause much more damage and be even more destructive to a house or commercial property during a tropical storm or hurricane. Recent years have seen the greatest property damage after large hurricanes made landfall. Although they were weaker, large amounts of rain continued to fall. Each year, flash flooding events cause millions of dollars in property damage.

We hope none of the major hurricanes that are predicted for this hurricane season make landfall, but in the event they do... we will be ready to assist 24/7/365.