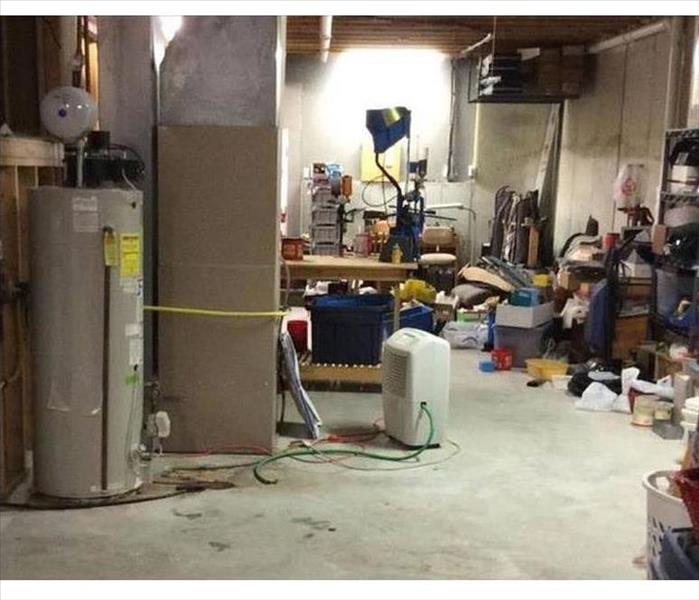 The storm deposited some groundwater into the basement of this Plainville home. Fortunately, the amount of water was not great, and the property owner immediately called SERVPRO to extract the water. We're Faster To Any Size Disaster; we arrived soon after the urgent call to our branch with several vans and other vehicles. Several crew members relocated content that was in harm's way from the stormwater intrusion. After we dried the basement and documented the return to normal humidity levels, we then returned the items to their exact spots before the service, "Like it never even happened." Now you know who to call for fast and friendly service, your neighbors from SERVPRO.

View More Before & After Photos